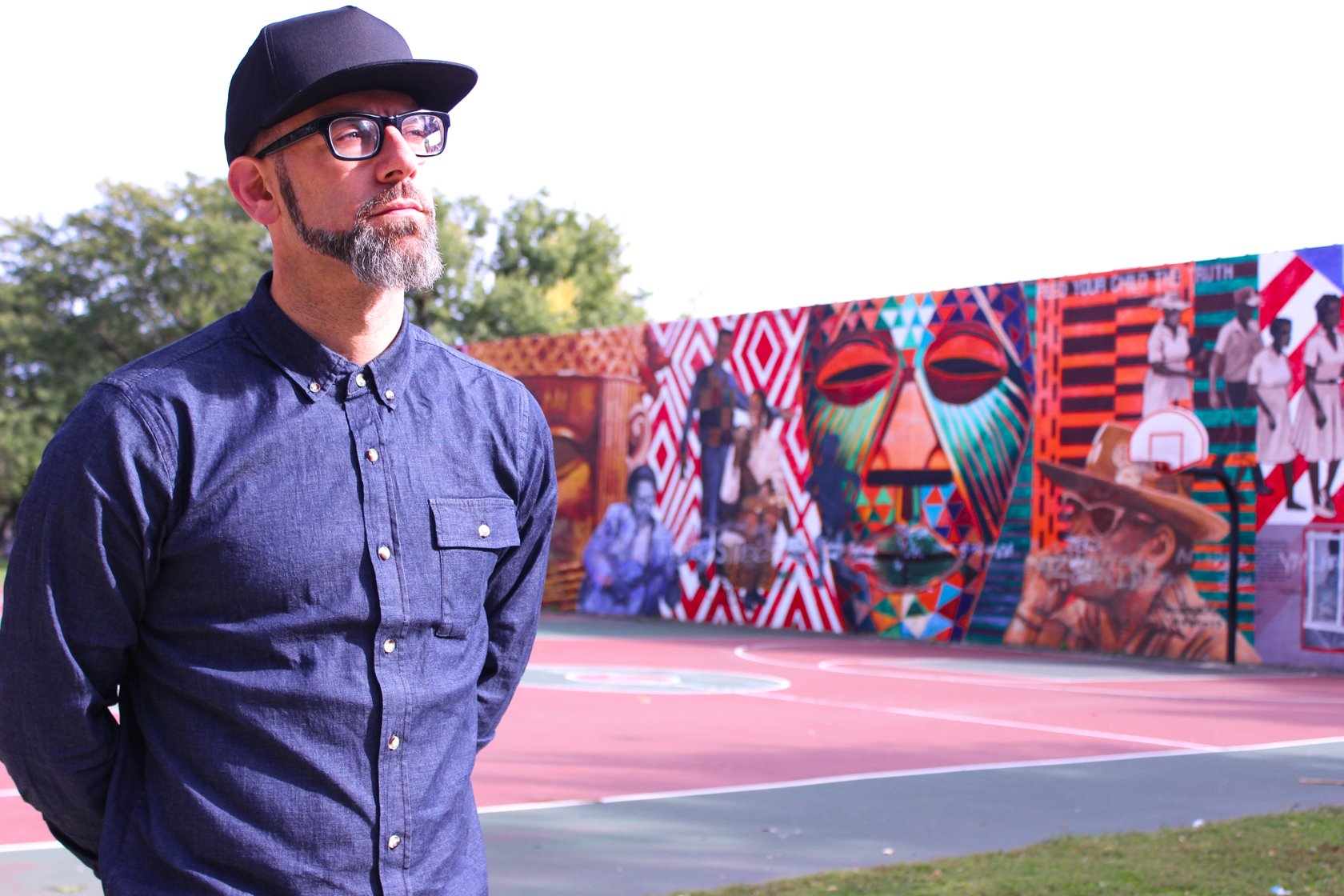 Kevin Coval​ is the poet, author, and organizer the Chicago Tribune called “the voice of the new Chicago” and the Boston Globe deems “the city’s unofficial poet laureate.” He is the founder of Louder Than A Bomb: The Chicago Youth Poetry Festival (LTAB), the world’s largest youth poetry festival, which has expanded nationally and internationally since 2010. Coval is the artistic director of Young Chicago Authors, LTAB’s non-profit home, and teaches hip-hop aesthetics at the University of Illinois at Chicago. He is a four-time HBO Def Poet and has written for many news sources, including CNN.com, the Chicago Tribune, The Huffington Post, and NPR. Other publications include Schtick, Everyday People, Slingshots (A Hip-Hop Poetica), The Breakbeat Poets: New American Poetry in the Age of Hip Hop (April 2015), and most recently, a play written in collaboration with Idris Goodwin, This is Modern Art (2016)