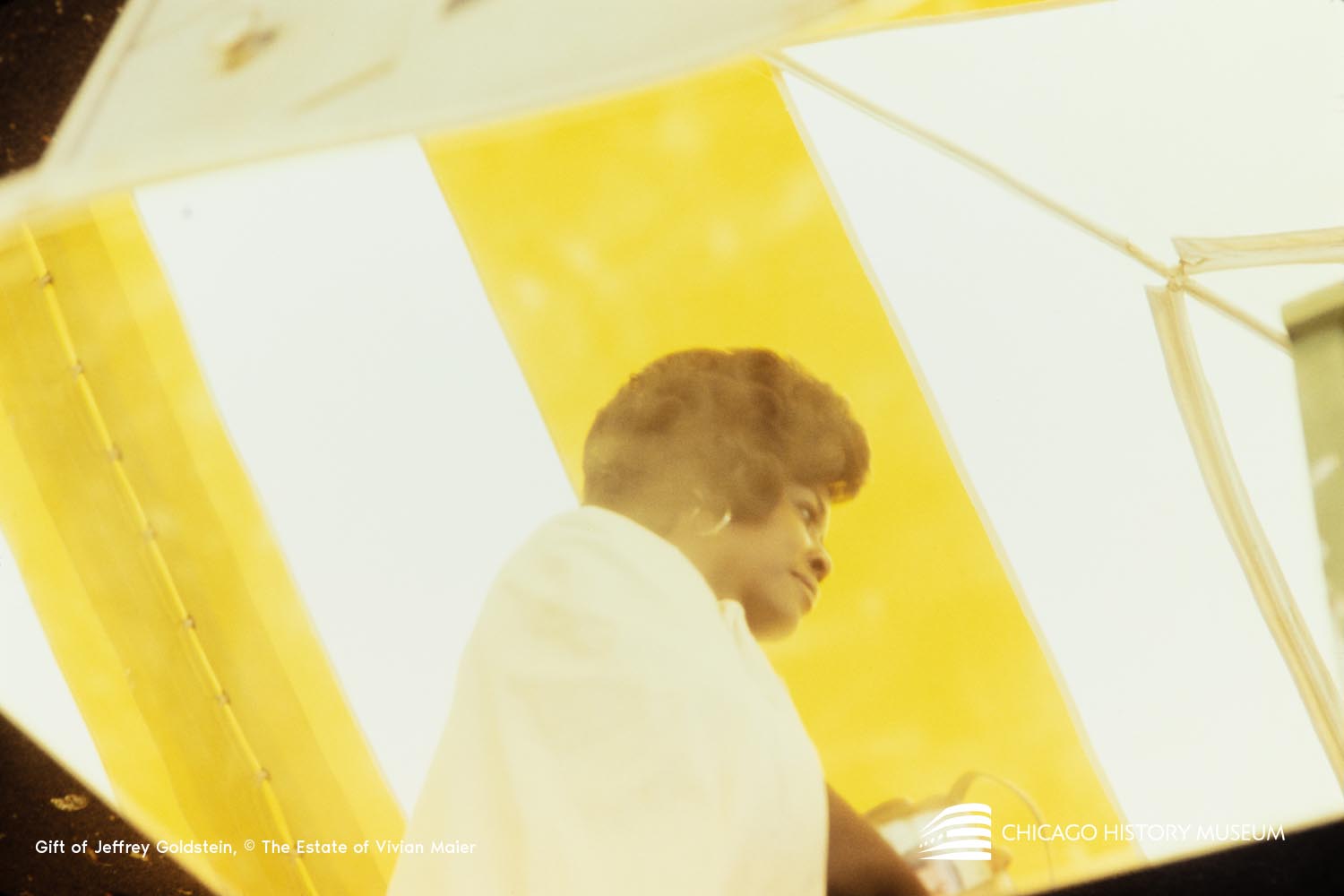 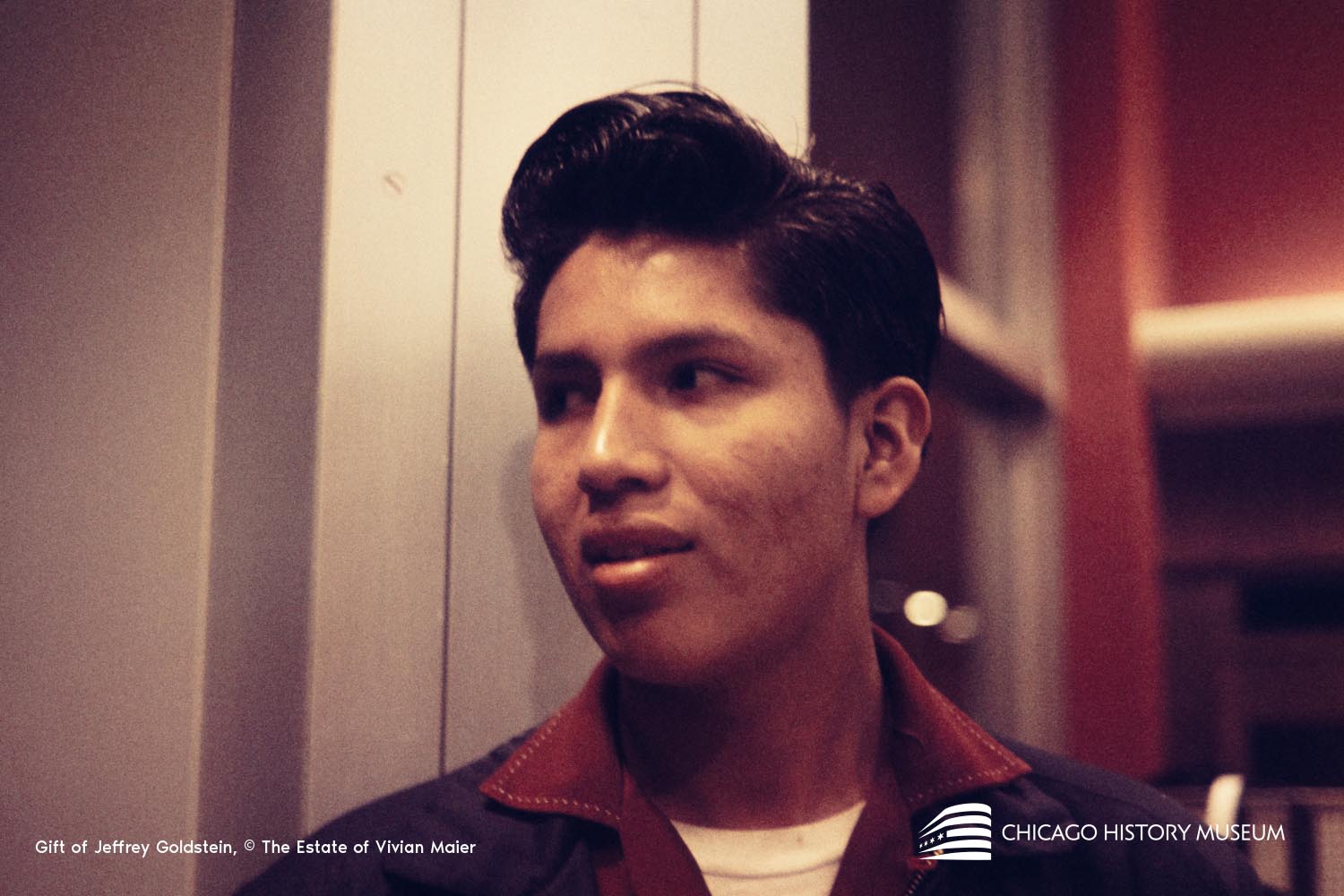 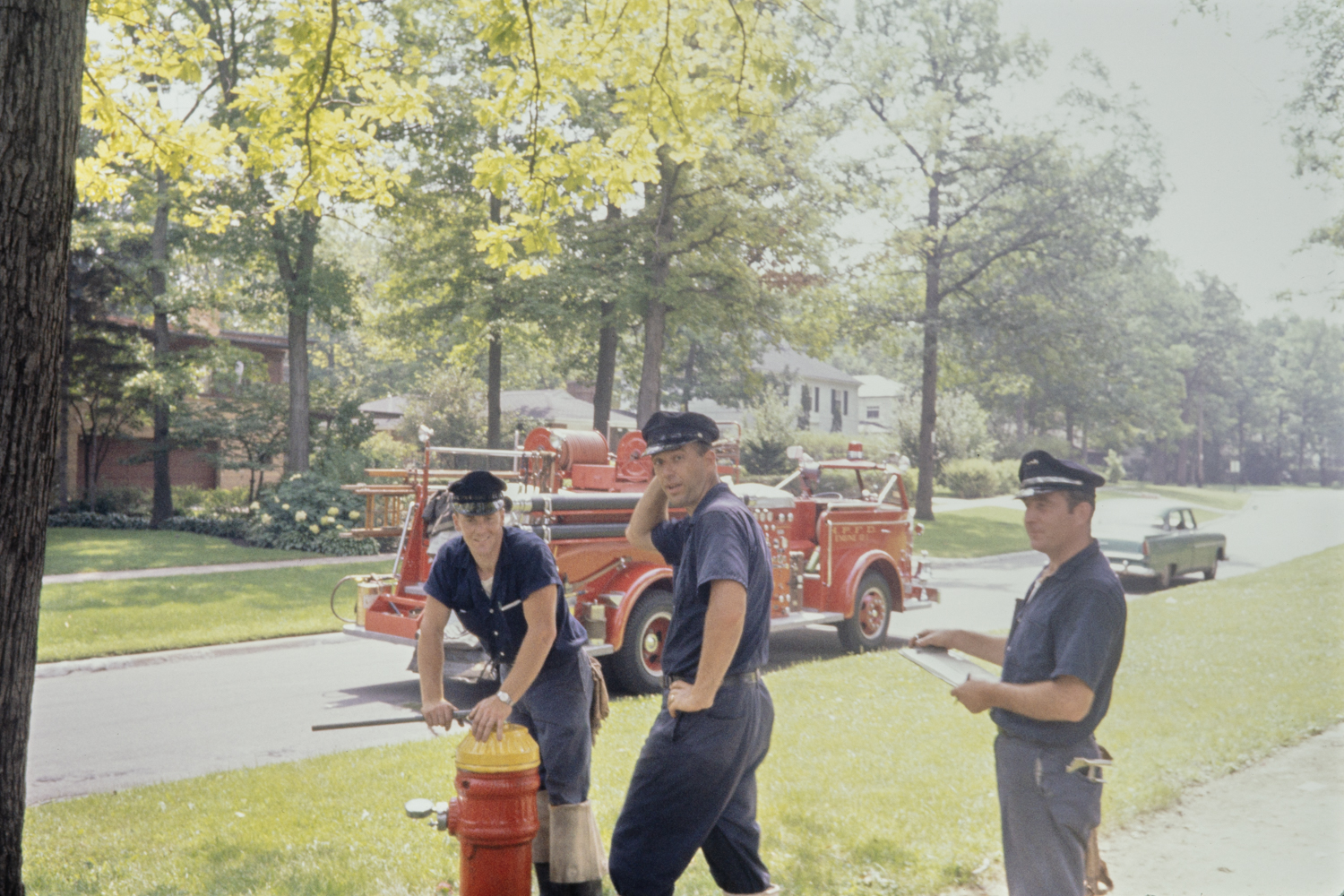 Vivian Maier took everyday moments and transformed them into something extraordinary. A discarded newspaper, a child resting her face in the sunlight of a ferry window, a scowling woman licking an ice cream cone outside a department store window―Maier’s photographs on the streets of Chicago and its suburbs encourage viewers to look beyond the ordinary.

Maier died before her life’s work was shared with the world. She left behind hundreds of prints, 100,000 negatives, and about a thousand rolls of undeveloped film, which were discovered when a collector purchased the contents of her storage lockers. There is no proof that she ever made a concerted effort to show her work to any dealers or other artists―gifting us the mystery of an elusive woman behind the camera.

Vivian Maier: In Color is a multimedia exhibition featuring 65 color images made during her time as a suburban Chicago nanny from the 1950s to 1970s, most of which have never been on display, as well as film clips, quotations, and sound bites.

© The Estate of Vivian Maier | View the collection

Frances Dorenbaum is a curator and art historian from Toronto who specializes in the history of photography. She holds a master of arts from the School of the Art Institute of Chicago and has collaborated on exhibitions at the Art Institute of Chicago, Northwestern University’s Block Museum of Art in Evanston, Illinois, and the Morgan Library & Museum in New York, among others.

Processing of the Vivian Maier collection is generously supported by the Gladys Krieble Delmas Foundation.

Get updates on what’s happening at the Chicago History Museum from exhibitions and programs to special events and more.